I Will Go in the Strength of the Lord

Robert Blair (1593–1666) was a notable Scottish minister in the first half of the seventeenth century. Blair was born in Irvine, in 1593 and was brought up under the ministry of David Dickson in the town. He studied in the University of Glasgow from 1611 and later became the regent of the college. In 1616 he was licensed to preach the Gospel, at a time when it was becoming more difficult to hold to Presbyterian principles. In 1622 Blair resigned from the university and moved to Ulster, where he was ordained to the ministry in Bangor, County Down. His ministry in Ireland — alongside other notable exiled Scots ministers like John Livingston and Josias Welsh — was used of God to lay the foundation of the Presbyterian Church there. Under the persecution of Laud through the bishops in Ireland, Blair was deposed from the ministry in 1634 and returned to Scotland in 1637, where he would be instrumental in the significant covenanting period that followed.

Blair wrote an autobiographical account of his own life, covering the years 1593–1636 — Robert Blair of Bangor, Containing His Autobiography from 1593 to 1636 (Presbyterian Historical Society of Ireland, Belfast, 2011). In it he notes how the Lord dealt with him through a season of struggle in 1622, and how this was used to prepare him for service and trouble that lay ahead.

We will let Blair tell this in his own words. After a period of sweetness and easiness in worshipping God, a cloud came into his soul, though he was diligent in the use of the means of grace: “But when I began to set closer on duties, as, in special, to the sanctifying of the Lord’s Day, I did meet with such opposition by the wandering of my mind and injections of Satan, that the more I aimed at watchfulness and circumspection, the less speed I came, and was further from gaining my point than when I endeavored less.” He knew that he could not slacken his effort but at the same time he felt he was making no progress, and so for a period of time he walked in great discouragement of soul.

A German friend in college noticed his discouragement and asked him if he was struggling with his assurance of salvation. This was not his struggle, but rather, “This troubleth me, that I cannot get the Lord my God served cheerfully and constantly, especially on his own day.” The friend offered some encouragement to no avail, but the Lord at length gave him light from Psalm 71:16: “I will go in the strength of the Lord, and will make mention of thy righteousness, even thine only.” God taught him vital lessons through this that would fortify him for future trials and persecutions. These are lessons that we need to learn ourselves today.

First, Blair realized he had forgotten that the same Lord who had begun the work in him must be the one to actively continue it. “I observed not,” he says, “that it was the Lord’s secret upholding and furnishing from step to step; but I thought I had gotten it by a habit and stock of grace in my keeping that would suffice to carry me through all difficulties.” In other words, he was trusting in a general idea of grace while trying to work out the Christian life and all its duties in his own strength. We rest on the arm of flesh all too easily, as he did.

Second, having viewed the Christian life like this, he had become proud of his progress up to the point of his present struggle. “I looked on all as my own, which no doubt highly provoked the Lord to blast my endeavors, and so to withdraw his gracious assistance, that so I might learn better what I was and what was mine own.” He was brought to see that the strength to walk with God was not in his hand.

Third, God taught Blair that far from having the strength in himself to serve him, “the stock and strength of sin was within myself.” Though God had put down sin from reigning in him, “yet it remained and sought to reign and frequently prevailed.” The only way he could find strength to resist was from Christ the deliverer. He was driven out of himself — as we need to be — and taught not to trust in himself but in Christ who raises the dead (2 Cor. 1:9).

Fourth, “then began I to learn the truth of that Christian Paradox,” says Blair, “and better to understand the meaning of it 2 Cor. 12:10 ‘when I am weak, then am I strong.’” The Lord shows his power in us after he has showed our weakness to us.

Fifth, John 14:6 was pressed on him at this time, and he learned that the whole “way” of his life toward heaven must be lived in Christ. “What meanest thou, dark minded man, to live as though the Desire of all nations had not come . . . the one out of whom we are to receive even grace for grace.” He asked himself why — though speaking of Christ and witnessing to him — was he not making Christ to be the new and living way unto the Father in the whole of his life.

These are vital lessons and important questions. They are also things that Blair confirmed that he already knew “naturally and notionally.” His problem was that “as to the affectionate and practical knowing of it, upon good grounds it appeared to me then a new lesson and a great light to order my conversation aright.” In this way he was “rebuked and chided into Jesus Christ. This was to me as the discovery of a new world.” Many Christians today are just like him. We have a book knowledge of the above lessons and could provide Scriptural texts to prove them, but there is knowing and then again, there is knowing.

Blair’s experience set him upon a serious study of Christ in his person and offices, and how he is made to us the whole of our salvation (1 Cor. 1:30). This would arm him in the days ahead when he had to contend against many spiritual and temporal enemies. Blair had Christ set apart in his heart and would not yield his crown rights to another. He had also learned that he had no strength of himself and so would cast himself upon his great king and Savior for the whole of his life and ministry.

God teaches us these lessons repeatedly through our own trials, but here in the life of Robert Blair we have the privilege of learning them again in the life of another. We must go in the strength of the Lord or not at all. 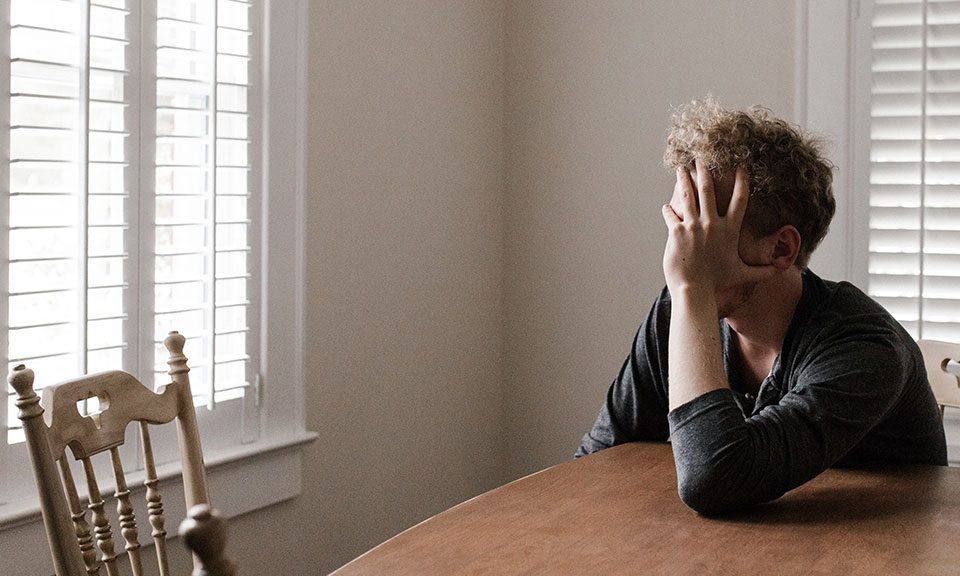 The Lost Art of Meditation 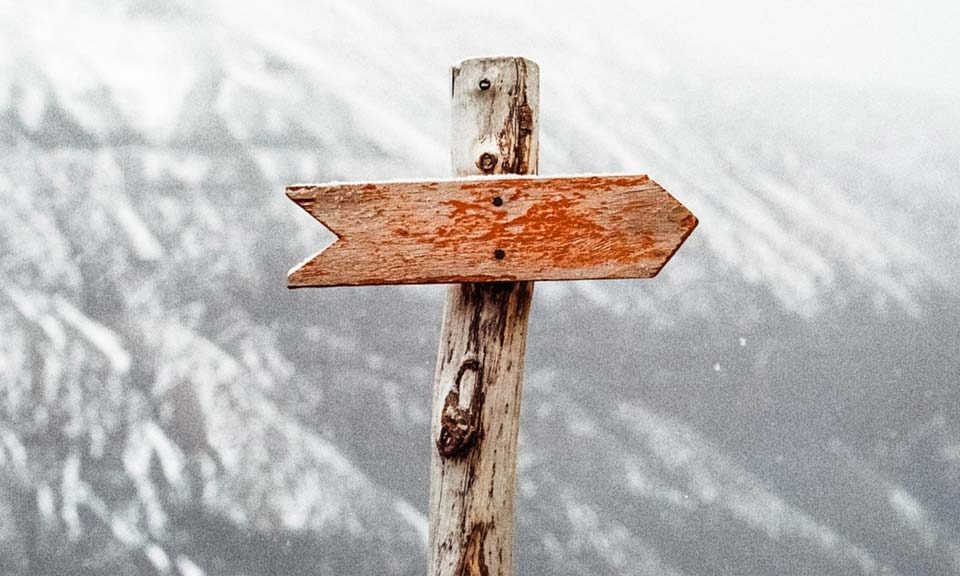 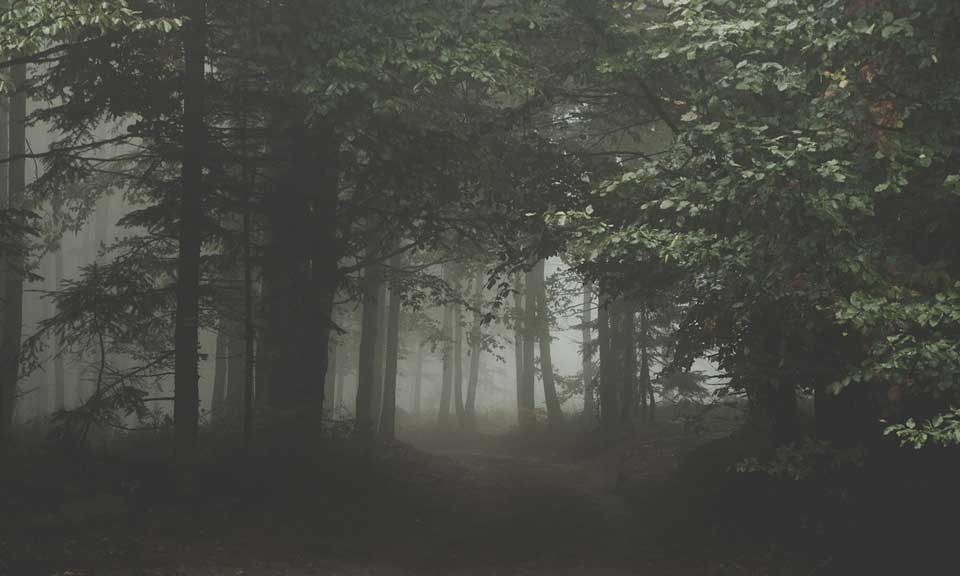 Trusting in the Darkness

We use cookies to ensure that we give you the best experience on our website. By using this site you are giving Grange Press your consent to do this.I Understand.